After Mark’s exeperience with working on The Glashedy Giant he decided well why not do another book for his son theis christmas? It was coming up to Inktober (www.inktober.com) so he decied he would do a page each day for the month of October based around his passion for character design. 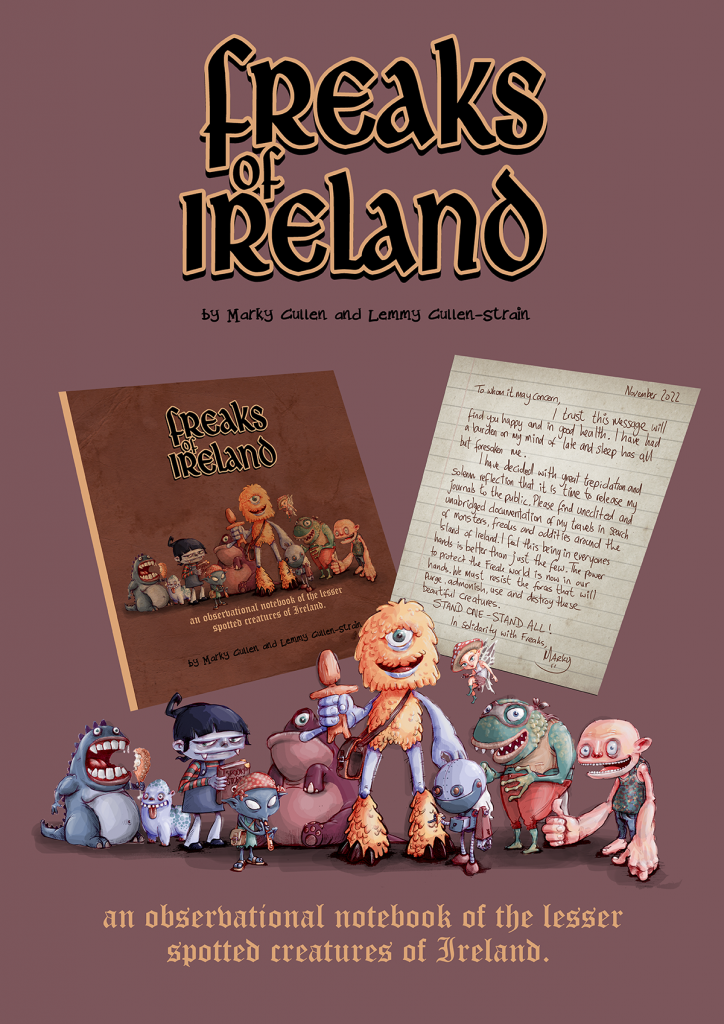 Initially the idea was to create a freak for each of the counties of Ireland but then as he worked on it he decided to make the freaks regional and show where they came for in little cute maps on each page.

And so the Freaks were born!

There was a launch in Dunree scheduled but the weather got so bad  it was decided to move it to Roddens Bar instead. Very few people turned up and the book did not do as well as The Glashedy Giant bu that’s okay. Everything can’t be a success. I for one preferred this book to The Glashedy Giant so in some ways it was a sucess.

Lemmy his son also contributed his first forray into storytelling and illustration designing two of the pages in the book. Lemmy also preferred this book!

All in all a success really!

The books reads like a travellers journal as he travels around Ireland looking out for the Freaks that inhabit it. It is completly hand written text and doodles to keep that authentic feel. 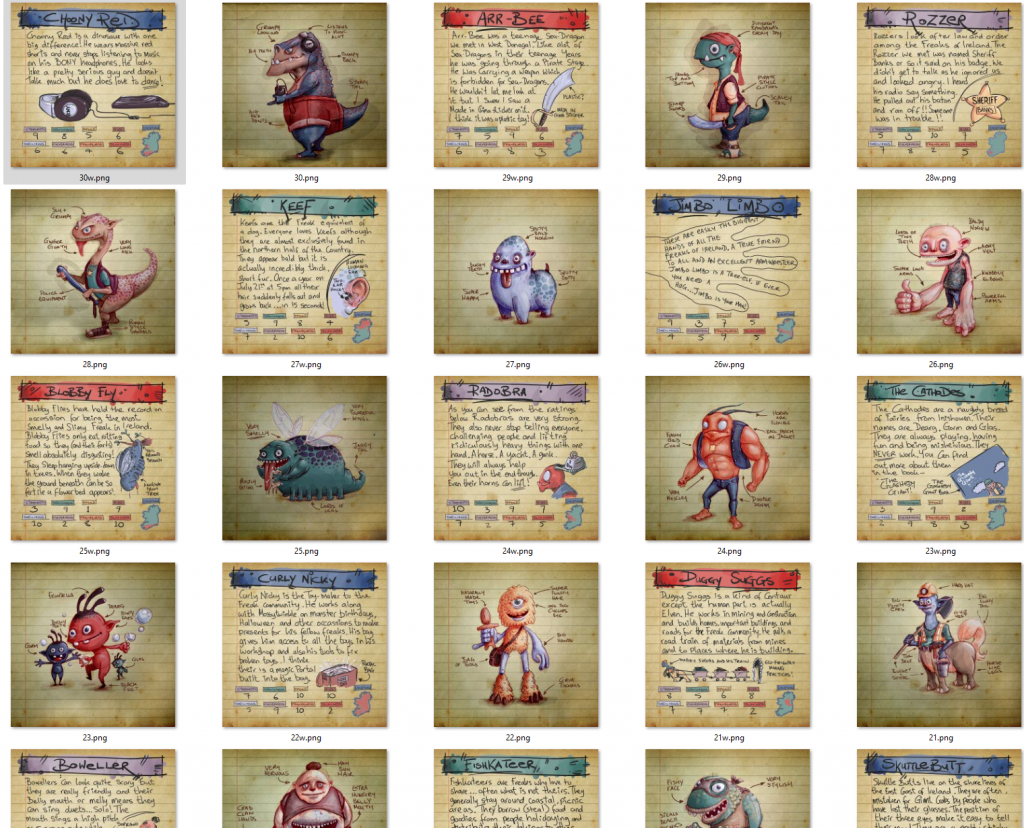 The book will also be made into a card game in the coming months.

You can order a copy fo the book or the game when it is finished on the this website: